The History of “Charlotte” Senior Sports 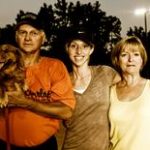 In 2007, Charles Curry started Charlotte Senior Sports with six teams. Charles really didn’t have any expectations but just a desire to share a softball playing experience with a few friends. By 2014, Charles’ love for softball had grown to twenty teams. Approximately 700 men have played softball with Charles on Tuesday nights over those eight years. In addition, Charles added a BOOM softball league on Wednesday mornings and the CSSL on one Saturday per month. For many of the players, Charlotte Senior Sports has been more than just a time to play softball but an integral part of staying healthy through exercise and camaraderie.
Charles’ plan was to coordinate, or help coordinate, Charlotte Senior Sports for ten years. But Charles wants to continue to play softball along with all of his 260 other friends. So Carolina Senior Sports Association, Inc. was born to carry on Charles’ softball legacy and to build upon what he started in the Charlotte area.

Incorporated in December 2014, Carolina Senior Sports Association is a non-profit 501(c)(3) organization formed to organize and promote sporting activities for seniors. It is governed by a five-member Board of Directors. A separate five-member Competition Committee takes care of the organization of teams and rules applicable to the softball league while a Game Day Crew is responsible for the quartermaster duties for the softball league.

Our Tuesday night softball league is comprised of two divisions. The American Division has eight teams that play ten regular season games plus a double elimination tournament after the regular season. The National Division has twelve teams that play eleven regular season games plus a single elimination tournament. The American Division is the younger, more competitive division while the National Division is competitive but is older with more of a rec league mentality.
In both divisions, we strive to have balanced teams but we want to make sure everyone is having fun and has an opportunity to make new friends at the park. Charles Curry had a refrain he greeted every new player to the league with over eight years and we continue to use:

If you wake up on Wednesday morning upset about what happened Tuesday Night, you’re in the wrong league.